There has been a huge change in customer behavior in just a few weeks. It would have been impossible to prepare for a shock like this, but it’s possible to adapt to the changed customer demand.

Quite a few business’s are, indeed, changing their business models to better fit the current climate.

Here are some examples for ideas and inspiration.

Zalando has announced that they will open up access for smaller shops to sell on their platform.

With the Connected Retail program, physical retailers can connect with the Zalando platform and sell their products directly to our online customers

It’s clear this isn’t just to help smaller shops or to adapt to the changing marketplace, but following in the footsteps of Amazon and claim more ownership over end customers while providing broader inventory for shoppers.

For small business’s this might still help bridge the gap from pre- to post-corona times.

Helsinki based Taxi Helsinki launched a new service where their drivers can do your grocery shopping or go to the pharmacy for you.

The service isn’t exactly cheap, but it will help you stay home if you don’t want to go out.

It will probably also contribute some new revenue to a company which I’d guess is losing revenue right now given people are encouraged to stay at home.

McDonald’s is borrowing employees to Aldi in Germany

In Germany, fast-food chain McDonald’s and grocery store giant Aldi have made a deal that enables Aldi to use McDonald’s work force to help with their surge in demand.

Restaurants convert from dine-in to take-out

Most restaurants that are still operational today have converted from dine-in to take-out.

Suburban restaurant Keittiö & Baari Kulma have changed their opening hours from 4pm onwards to 11am to 7pm and are selling only take-away.

The entrepreneurs state that with a shift to home office and home school, there has been a surge in demand for lunch, even if the suburb used to see the demand come during after-work hours.

Helsinki based Michelin star restaurant Ora have changed their concept from fine dining to sushi. 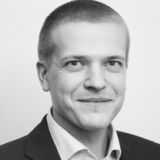 Pär is a generalist interested in marketing, innovation and personal growth.